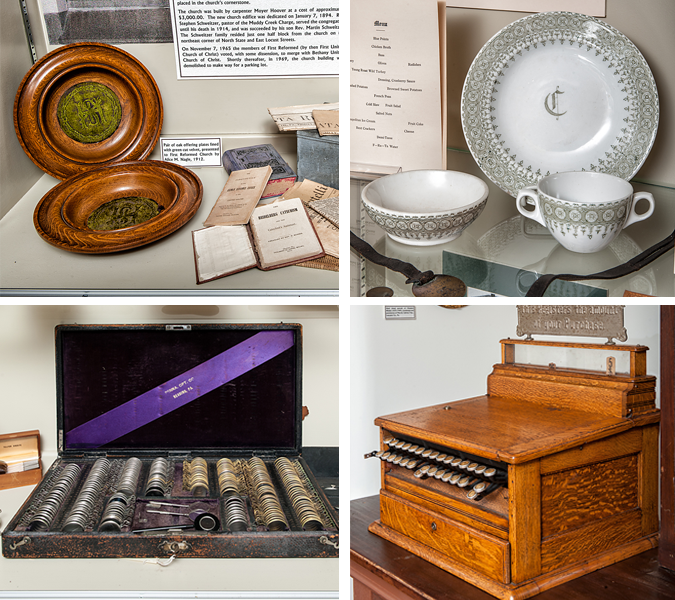 Informative lectures on the subject about area life in the 18th to 20th centuries are presented by local experts in their respective fields. The programs are held at 7:00 pm at Holy Trinity Lutheran Church, 167 East Main Street, Ephrata, PA., unless otherwise noted.  Open free to the public.

An enjoyable way to begin our new year of programs affords one and all the opportunity to attend and share their unique treasures with others at this first meeting.

February 23 – “Founding Females—Women of the Revolution”

The Founding Fathers are well-studied, but less well-known are the courageous wives, mothers, daughters, and female friends who are often overlooked in their shadows.  The role that women played in the establishment of the United States of America has been under-recognized.  Darlene Moyer, of Kutztown, sets out in her presentation to change that circumstance and increase admiration for our Founding Females.

March 23 – “The Penn Family and the Origins of Pennsylvania”

Wealthy William Penn, credited with founding the colony of Pennsylvania, was indebted to his English father, an Admiral in England’s navy.  Douglas Miller (Administrator of Pennsbury Manor, Bucks County, PA) will discuss the Penn family’s history leading up to and continuing through the establishment of Pennsylvania, sharing interesting facts and entertaining stories.

Richard Martin, an historical researcher from Penryn, Lancaster County, will discuss 18th and 19th century iron stoves, stove plates, and firebacks, describing their manufacture, usefulness, and safety features.  His book about this subject will be available for purchase at the meeting.

Returning for a second meeting, Richard Martin will beguile the audience with his knowledge of the artistic designs used to enhance iron stoves while incorporating iron masters’ identities, manufacturing data, and words of wisdom!

This year’s members-only picnic will be held at the pavilion in Roland Park in Akron.  The meal will be catered by Dutch Country Catering.

We will gather to tour the Lancaster mansion and new Gallery exhibit.

Join us on the front lawn of HSCV headquarters to view the Ephrata Fair parade and enjoy hot dogs and other goodies at our food stand.

Our speaker, John Kissinger will be discussing some of the myths that have been established about these cultures.

November 18 – ExtraGive Campaign in Lancaster Co.  Please consider HSCV as a part of your benevolence. https://www.extragive.org/organizations/historical-society-of-the-cocalico-valley

December 4 – “Christmas Jubilee Open House at the Connell Mansion” – Open to the public.